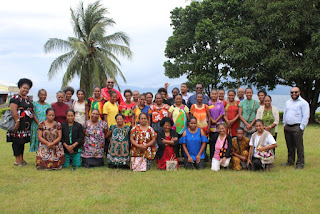 The Registry of Political Parties has taken on board the issue of women in political leadership. After the 2017 National Election, the Registry made a commitment and that was to support and promote Women in Political Leadership through its awareness program on Political Parties. In November 2020, the Registry began implementations by conducting the first pilot project on Women’s Mentoring and Awareness on Political Parties program with the support of United Nation Development Programme (UNDP) and UN Women in selected areas of Milne Bay Province based on the size of LLGs and population. The following areas included Alotau in the Alotau Urban LLG, Samarai Ward in Bwanabwana LLG and Taupota Ward in the Maramatana LLG.
The focus of the program was for the Registry of Political Parties to educate and empower women leaders who intend to contest the 2022 national and the LLG elections and at the same time to inform them about the roles and importance of political parties in any democracy like Papua New Guinea. The first official program was held at Alotau International Hotel, Bagi Conference Center with an attendance of 32 women and only 1 man. The second program was held on the Island of Samarai of Bwanabwana LLG in the Samarai-Murua District which had a good turnout, at least 20 women and 3 men in attendance. The final program was conducted at Taupota in the Maramattana LLG. We had about more than 20 people (20 women and 5 men) who attended and participated. It was good that of the 5 men, the current and former Ward Councilors were present during the awareness. 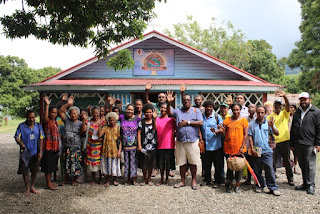 During the entire awareness program, there were issues and concerns raised in relation to women in political leadership and these included: Lack of support by political parties to women candidates in terms of logistics and finances; lack of women support; lack of funding to women representatives at the sub-national and this has been a big issue and challenge; and lack of presents of political parties in the districts. 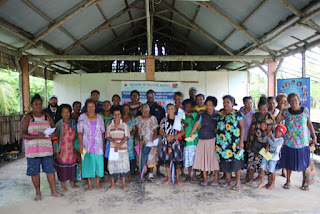 Despite the issues and concerns raised many people especially the women folks commended the work Registry was doing in terms of supporting and promoting women. Many have expressed similar views by saying that the program has given them confidence and they now know exactly what to expect and strategies how to overcome challenges. Beside this membership forms were distributed to interested individuals who wanted to join a political party and a total of 41 memberships where collected. Also the Team had four interested women leaders who intend to contest the 2022 elections got registered by filling in the registration forms.
Posted by pngpartynews at 8:26 PM
Email ThisBlogThis!Share to TwitterShare to FacebookShare to Pinterest
Newer Post Older Post Home