By Claudio Labeli
Mr William Garena, a young policy researcher in the Policy Division of the Registry of Political Parties was honoured to travel to the United States, after being awarded the United States Department of State’s International Visitor Leadership Programme (IVLP) through the U.S. Embassy. The IVLP is the U.S. Department of State’s premier professional exchange program. Through short-term visits to the United States, current and emerging foreign leaders in a variety of fields experience this country firsthand and cultivate lasting relationships with other participants and their American counterparts. Each year nearly 5,000 International Visitors come to the U.S. under this program. The program was based on the theme: “The Will of the People – Elections in Democracies”. 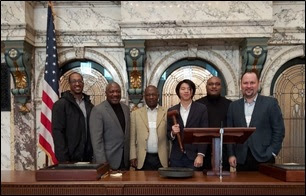 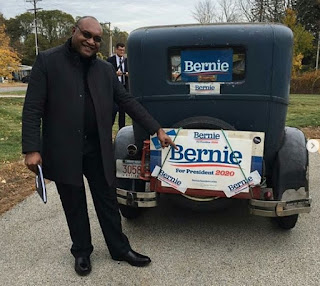 The visit was from 21st October – 9th November 2019 visiting five respective U.S States. Mr Garena’s visit started in Washington DC the capital than to New Hampshire, Florida, Mississippi and ended in California. He was the only recipient in the South Pacific region and the country to have been picked. A total of 24 other international recipients in his group who came from various countries attended the IVLP.
The aim of the program is to support stabilization and peace in fragile regions with emerging democracies through elections and democratic processes. The IVLP also allowed participants to experience the development and practice of democracy in the Western tradition that included political party development and cohesion, roles of the media and civil society, and political campaigns in the age of social media.
Mr Garena gained much needed exposure in terms of exploring strategies to enhance political engagement in challenging environments such as: post conflict transition; quasi-authoritarian states; conflict zones; and underdeveloped societies. During his visit, Mr Garena met with State and Local Election Commissions, state election officials and tours of their facilities, meetings with campaign organisers, political candidates, party officials, academics, think thank experts, media professionals and representatives state governments.
Mr Garena hopes to share his experiences and what he has learnt with his colleagues and most importantly, how best he can incorporate his experiences professionally in contributing towards the Registry’s goal of strengthening and promoting political parties and democracy in the country.
Posted by pngpartynews at 6:21 PM
Email ThisBlogThis!Share to TwitterShare to FacebookShare to Pinterest
Newer Post Older Post Home