By Solomon Puana
The Registry of Political Parties has continued on with its campaign in promoting and strengthening political parties during the major annual cultural events in the Highlands Region. The first awareness program was conducted in Mt Hagen during the Show from the 17th to 18th August and the second was conducted during the 63rd Annual Goroka Show from the 13th to 15th September just before PNG’s Independence Day (September 16) in Goroka, Eastern Highlands Province. 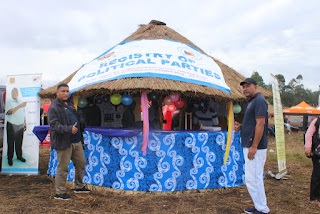 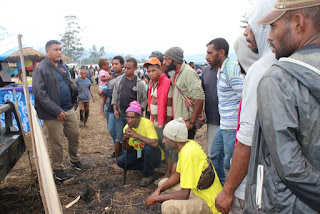 Of the two awareness conducted in Mt Hagen and Goroka, we also enlisted a total of 202 people who had shown interest and want to become members of different political parties of their choices (refer to Tables 1 and 2). This has indicated that as the mandated body dealing with political parties and managing their affairs, more awareness programs on political parties need to be carried out especially in rural areas because that is where the majority of the illiterate population lives. 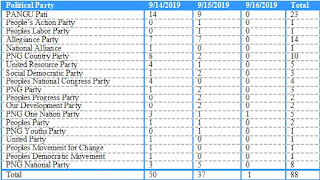