Finalisation of the Revised OLIPPAC 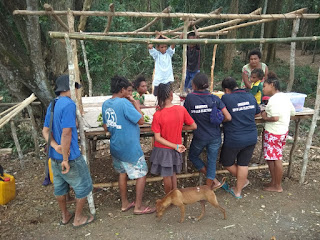 The Registrar and Mr Bishop worked on the Administrative Act Bill. Mr Pok and Mr Puana worked on the Drafting Instruction, Explanatory Notes, the First Reading and the NEC Submission of the Constitutional Amendments. Mr Pais, Mr Garena and Ms Saga worked on the Drafting Instructions, Explanatory Notes, the First, second and third Readings of the Revised OLIPPAC. Mr Pala and Ms Fraghi worked on the Regulation Bill and Forms of the Revised OLIPPAC. All in all, the work on finalizing the draft Revised OLIPPAC has been a success with the proposed changes been inserted considering the views and the data collected from the people during the nationwide consultations in the country. The Registry now is in the final stages of putting together all necessary documents with the proposed Constitutional Amendments and the draft Revised OLIPPAC to be submitted to the National Executive Council and Parliament for its approval and passing of the Bill.
Posted by pngpartynews at 11:07 PM
Email ThisBlogThis!Share to TwitterShare to FacebookShare to Pinterest
Newer Post Older Post Home