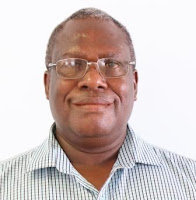 The first are the relevant constitutional provisions for amendment, alteration and repealing;
The proposed changes to the provisions contained in the Revised Organic Law are as follows;
To conclude, the proposed amendments to the Constitution and the proposed changes in the Revised OLIPPAC are to improve the OLIPPAC and make it relevant to the changing political circumstances. The focus is basically to address some of the contested issues currently faced such as the number of political parties, making parties to become serious players in the politics of the country, ensuring that parties are grassroots organisations, making the use and raising of campaign finance to be more transparent and ensuring that parties exist and operates within the bounds of their constitutions and for them to promote democracy within their respective organisations.


The experiences of the Registry in enforcing the OLIPPAC since 2002 is also taken on board. With the nationwide consultation on halt due to funding shortages, would only delay the passage of the law which is long overdue. The changes as one can see does not favour any person, any party or any leader. It is neutral and it is framed with the aim of making improvements to the current OLIPPAC and ultimately to strengthen parties in the country.

Constructive comments are also welcome and would contribute to the wider consultation that the Registry would be undertaking shortly once funding is made available.
Posted by pngpartynews at 9:24 PM
Email ThisBlogThis!Share to TwitterShare to FacebookShare to Pinterest
Newer Post Older Post Home